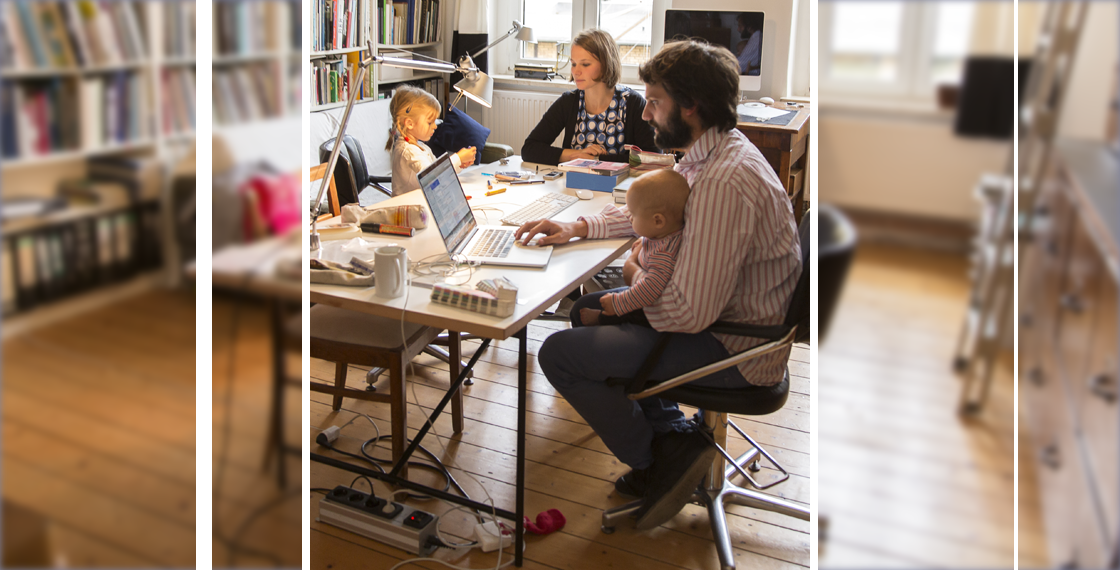 This brings the number of suppliers that have exited the market since 2016 to a total of 36. On 13 October Pure Planet and Colorado Energy became the latest casualties of a global spike in gas prices – and more are bound to follow suit: national media predict at least another five suppliers could exit the market before the last week of October.

Historically the utilities industry was dominated by the “Big Six”(British Gas, E.ON, NPower, SSE, EDF and Scottish Power). Between 1990 and 1999, an incremental relaxing of competition laws by Government, in concert with Ofgem initiatives, allowed smaller energy suppliers to emerge within the marketplace. The premise of this exercise was to increase competition, improve customer service and encourage greater innovation in the industry. This new flexibility in the licensing process provided greater leniency and led to an influx of start-ups emerging in the market space over the course of the 2010s.

The success of some of these challenger brands began to influence how the Big Six did business, and even whether some continued to trade. Larger energy suppliers began jettisoning the retail side of their business, having realised that the competition from challenger brands made operating within the UK retail market no longer financially viable for them. Around this time E.ON took over NPower and by January 2020 Ovo Energy, originally a challenger brand, had grown sufficiently to take over former Big-Sixer SSE’s business.

This boom of smaller companies entering the market came at a time when the conditions were ideal for them to do so, and some managed to embed themselves with great success, particularly those firms whose strategy involved a tech-first approach to energy supply, such as Ovo and Octopus Energy. As the energy market became more volatile and the unforeseen Covid-19 pandemic took hold of the globe, other less well-established organisations lacked the security and stability of some of the larger organisations that allowed them to endure the volatility of the market and to survive the pandemic.

Local, more community energy-based providers had also entered the market, such as Robin Hood Energy (RHE), associated with Nottingham City Council. Set up in 2015, the non-profit, council-run energy company’s mission was to tackle fuel poverty and offer a cheaper, fairer tariff to the Big Six. The organisation offered a specialist “vulnerability team” to support their most vulnerable customers – who would benefit most from the lower tariffs.

By 2020 RHE had 125,000 customers countrywide, but a downward turn in the energy markets forced it to cease trading. The rate at which smaller organisations are no longer able to operate as viable businesses and hence are folding, is accelerating: eleven suppliers in addition to RHE closed their doors in 2019 and 2020, and just this year 14 more have followed suit: two in January, one in August another nine in September and two more on 13 October – in a trend that shows little sign of slowing.

Omni Energy, a supplier that specialises in serving pre-payment meter (PPM) users, announced to its 10,000 customers that it expects to cease trading by the end of November 2021.The impending closure of Omni has prompted calls for concern from the charity National Energy Action (NEA), which warned that PPM customers without a smart meter could be left without power due to “compatibility issues” should Omni fold and have to go through the supplier of last resort (SoLR) process. “Four in 10 claimants of Universal Credit are on prepayment meters so some of the most vulnerable could be affected by this issue,” said Peter Smith, director of policy and advocacy at NEA.

Furthermore, despite receiving plaudits from Citizens Advice for excellent customer service and frequently topping consumer polls, Igloo Energy folded at the end of September 2021, citing the Ofgem price cap methodology as favouring only the largest suppliers.

Secretary of state for business and energy Kwasi Kwarteng told MPs on 20 September 2021 that the trend was no cause for alarm, stating that companies often exit the market near year-end. He continued: “The sector has seen regular entry and exit in the last five to 10 years; indeed, that is a feature of a highly competitive market.” Kwarteng also ruled out the possibility of the government bailing out failed energy suppliers.

As mentioned above, a few smaller suppliers benefitted from the agility and tech-first capabilities afforded such challenger brands. Both Ovo and Octopus started life as challenger brands and have gone from strength to strength in acquiring customers, growing their business and even, in the case of Ovo, merging with other organisations such as the SSE retail business. What these organisations have in common is that they operate not only as energy retailers but also as tech firms, providing cutting-edge software to more traditional businesses. Octopus Energy’s platform Kraken, for example, supports E.ON Next. Ovo has its own platform, Kaluza, and is the first energy supplier in decades to achieve a UK customer satisfaction (CSI) score of 78%.

Ovo’s and Octopus’s approach also has served them well in highly technical areas such as data migration (switching new customers onto their systems swiftly and seamlessly) and proactive customer engagement using profiling and advanced analytics to better understand their customers. Predictive modelling has also enabled them to forecast demand ahead of bidding for SoLR acquisitions.

Despite these successes, there are risks associated with being a smaller energy supplier; specifically, many of them lack the financial backing a larger, more traditional organisation has with which to weather such storms as the one the industry currently faces. Some smaller suppliers simply cannot muster the flexibility of capital needed to survive fluctuations in energy pricing and energy markets. One wrong hedge for a smaller supplier could put them under, whereas a larger organisation with more money behind it may not face such dire consequences.

Some larger organisations, rather than continue haemorrhaging customers to smaller energy startups, responded simply by buying out the competition. The simplest way to retain their customers, they reasoned, was either to merge with or buy out these smaller energy suppliers – or to go through the SoLR process when these organisations ultimately failed.

The supplier of last resort

Now, in 2021, Ofgem is having to trigger its SoLR strategy more and more frequently. Should a supplier fail, this consumer protection strategy involves Ofgem stepping in to allow established organisations to bid to take over the failing organisation to ensure its’ customers’ continuity of gas and electricity supply. Candidates for SoLR put forward their capabilities for taking on what might be existing tariffs and state the level of risk they would be willing to accept. Based on consumer-centric interests, Ofgem then selects which organisation it thinks is best placed to take over these customers’ accounts.

Winning such a bid, however, means not only gaining the organisation’s customers but also any debt and other liabilities that might go along with them. The new supplier also takes on the responsibility of continuing supply to these customers. While new suppliers are not required to honour the (sometimes lower) tariff of the liquidated supplier, the “deemed” contract many automatically apply to these adopted customers is covered by Ofgem’s energy price cap.

According to Ofgem, “Deemed contracts can cost more because the supplier takes on more risk. For example, they might have to buy extra wholesale energy at short notice for new customers. So they charge more to cover these costs.” Customers, however, are not obliged to remain with the supplier that has taken over their previous provider; they may shop around and switch at any time. New suppliers therefore must balance the sudden rise in demand these customers represent (not to mention the current volatility of the gas market) with optimising customer experience so as not to alienate their newly-acquired market share. Proactive, reassuring communication with both new and existing customers, that predicts and meets their needs, is essential to the success of a SoLR contract.

In his 20 September address, Kwarteng suggested the SoLR process may be updated “in the light of the threats posed to a number of suppliers.” However a joint statement that followed from the Department for Business, Energy and Industrial Strategy and Ofgem didn’t specifically mention SoLR.

What SoLR need to consider to succeed from inception

As the larger organisations inherit these new customers, the question remains: will they be able to cope with the surge and will that impact customer experience? Smooth data migration can iron out the wrinkles that cause frustration for customers switched against their will, as well as flag vulnerable customers whose accounts may need extra care and attention.

Uninterrupted customer communication helps to win loyalty from new customers who may otherwise be encouraged to shop around. The sudden acquisition of thousands of new customers could translate into thousands of new queries and concerns – requiring an experienced, professional operational team who are trained to support the energy sector and its customers swiftly and efficiently, and can be ramped up quickly.

Continuity of gas and electricity supply will be the most crucial priority for a provider taking over a SoLR contract. Will they serve their customers using the existing energy systems of the companies they have taken over, or migrate them over to their own new systems – and how can that be achieved while ensuring minimal impact on customer services? Accurate, robust demand forecasting that uses predictive modelling to anticipate demand and supply fluctuations to support SoLR acquisitions, in collaboration with data science capability using machine learning algorithms, clarifies industry trends and enables planning for future scenarios.

SoLR organisations will need to be careful to ensure that customer service isn't impacted detrimentally – at the cost either of servicing their existing customers or of alienating the new customers who they're taking on. This needs to be a carefully considered and managed process, and readiness – best achieved with the support of an experienced and expert tech partner – is everything.

See how we are supporting the utility sector through changes Rupal is a proven leader with a track record of delivering in challenging circumstances without compromising quality or losing sight of the overall business strategy. She has played a fundamental role in transforming the utilities sector and implementing digital and innovation practices and is a recognised source of expertise in the utilities and smart energy industry with over 15 years of experience. The post-pandemic customer is king once again

Financial
Financial and banking
Our thinking The emerging customer experience in telecoms