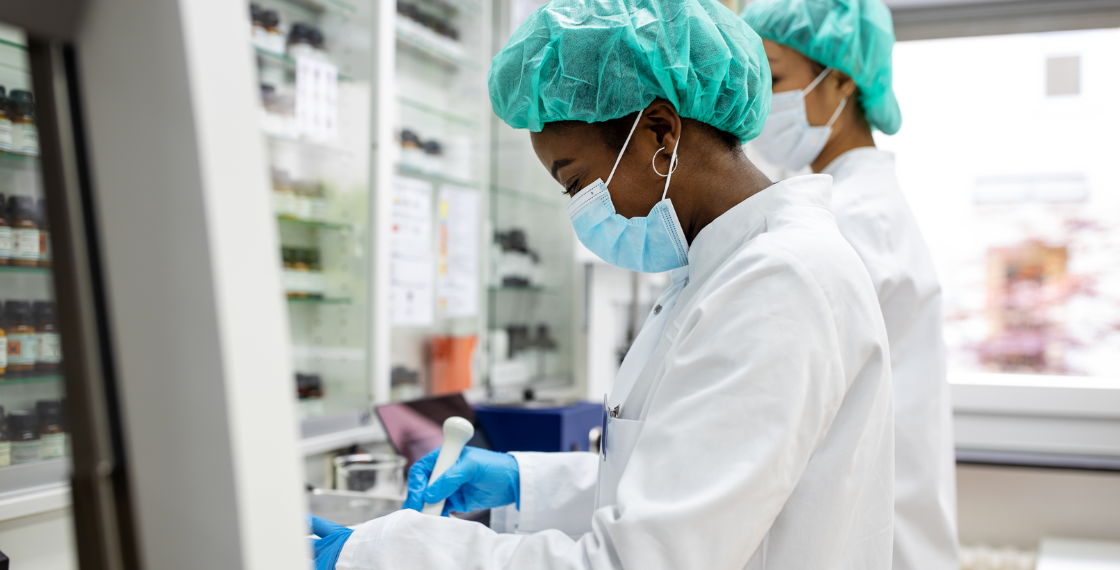 In 2015, Capita and the Department for Environment, Food and Rural Affairs (Defra) formed a joint venture to take shared ownership of Fera, a laboratory-based agency that provides the government with essential guidance on food safety.

The plan was to create a world-class laboratory business that was financially sustainable and could become a leading provider of commercial services to the state and private sector.

How did the joint venture between Capita and Defra come about?

Ian: Fera wasn’t succeeding. We needed the government to put in more money and reorganise the agency, but there wasn’t the funding or capability available. We looked at a range of options and decided that a joint venture would help bring more financial stability to Fera, while securing the important work it does for the nation.

How did Capita approach the development of new products and services?

Andrew: A major part of our mission was to grow commercial revenues. There had been attempts to work with industrial companies in the past but with mixed success and there was no clear strategy or understanding of how to develop potential products and services for the commercial market.

Our first step was to become familiar with the business – where it worked well, where improvements could be made. Then we could identify where good ideas came from and put in place a more formal development process for taking those ideas to market.

It sounds simple but it was a huge cultural adjustment. Before that time, Fera wasn’t even allowed to employ professionals with a title of a sales or marketing director and we had to bring in people from outside the civil service.

Ian: Many of Fera’s products and services today actually pre-date Capita. We had those ideas; we just couldn’t deliver them very well. Capita helped us realise the value of our intellectual property and take out almost a third of our operating costs. Now we have a business that is commercially successful, which we couldn’t have achieved ourselves.

Was there anything innovative about the approach that was taken?

Andrew: The business processes weren’t necessarily ground-breaking in themselves, but it was innovative to integrate an organisation with deeply held public sector values with another organisation built around commercial decision making.

About two years into the joint venture, in 2017, we undertook a rebranding project. We surveyed customers and employees and learned some real home truths. We took that insight about Fera and used it to create a new strategy, brand and mission statement.

After a rightsizing exercise during 2017 and 2018, we delivered 20% more revenue and employee satisfaction jumped by 70 base points. We had fewer people working harder on more rewarding jobs, and they were happy about it.

How did you identify potential knowledge assets that could unlock value?

Andrew: When we launched the joint venture, we didn’t inherit any annuity revenue. This meant that from year one, we had to meet an operations budget of £36 million.

Our first job was to get the ‘shop’ operating properly and then we needed to identify ways to grow revenue. Some knowledge assets were there and ready to license, but many were softer ideas that are inside the heads of people inside the organisation.

To tap into those ideas takes time, patience and investment in people. It takes leadership and training so that people feel comfortable moving into new areas and new ideas.

At the same time, we had close to 500 employees who are nearly all scientists. It’s vital to make sure they understand and support our mission, which is to deliver brand value and revenue growth opportunities. We did a lot of work redirecting people from projects that weren’t in line with our new strategy, so people didn’t stretch themselves too thinly.

How would you sum up the benefits created by the joint venture?

Richard: The joint venture between Capita and Fera shows the huge potential of partnerships between the private and public sector. By bringing together the expertise of public sector agencies with Capita’s commercial and industry understanding, we’ve been able to deliver real benefits to our customers and to the state.

What can other government departments learn from the experience of Capita and Fera?

Ian: This project provides important lessons that government can learn from this type of partnership. It shows what can be done when you bring together private sector skills and public sector need – you can do some really great, interesting things.

There are many government departments and agencies that have science or other arms-length bodies like Fera. Many of those bodies would benefit from a similar model being applied. The values that Capita brought to this joint venture helped the government to unlock value and deliver better services.

Richard: If you have a government activity that is under-resourced, that needs more resource but isn’t a priority, then a joint venture can work very well. You have two owners, so there’s real scrutiny and a richer relationship than a simple client/customer agreement. I would urge other government agencies to think about how a joint venture with the right partner could enhance value and turn managed decline into programme of investment and growth at reduced cost to the state and increased impact – just as we have collectively delivered at Fera.

What are the next steps for Fera and Capita?

Andrew: Fera is now a mature laboratory and a professional, commercial business. The order book and delivery run well, and we have a watertight business plan. The next step is to invest in the business to spin out some of the intellectual property (IP) value creation, through partnerships with international organisations that can take some of those services and skills to wider markets.

In the longer term, the strategy for Fera was always to build an international enterprise, so it’s likely we’ll seek to pursue mergers and acquisitions in other parts of the world and look for the right shareholder to take Fera forward on the next stage of its journey.

Find out more about government venturing