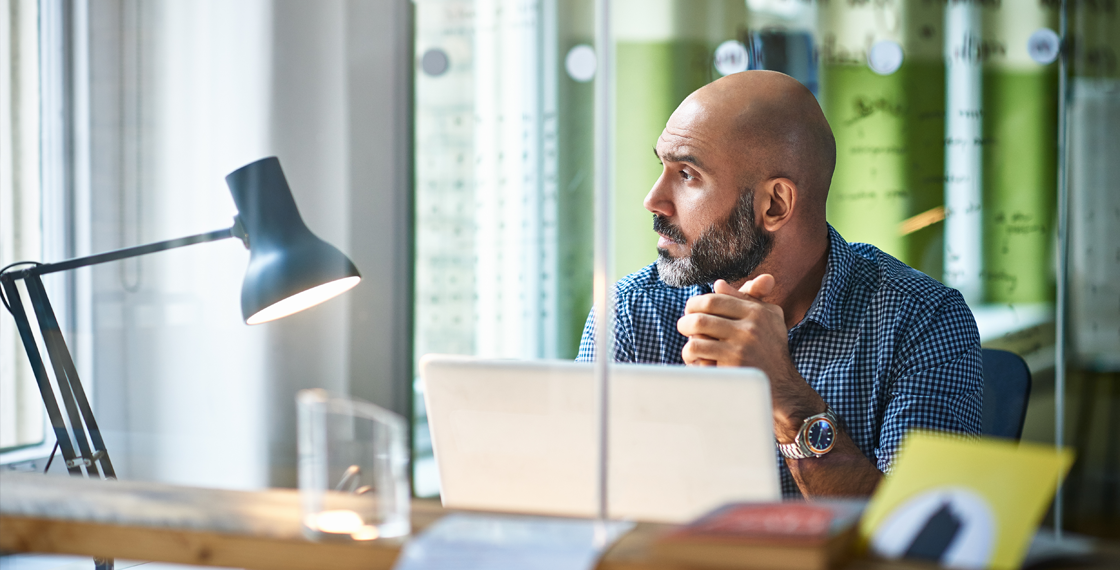 The business writer Jack Stack once said that a successful business depends on people having visibility of what’s going on and feeling involved.

That’s a challenge in a world in which many of us have more visibility of the kitchen window than we do of work-related data. With a huge number of planning professionals working remotely, how can leaders create a feeling of involvement that drives motivation and wellbeing?

We discussed this question during a recent webinar, The Planning Virtual Aquarium, that we hosted. Stephen Ottewell, Planning and Building Control Director at Capita, was joined by Richard Wills, Director of RW Training Associates, and David Stenbeck, Lead Training Designer at Gobeyond.

The webinar explored the challenges of remote working and looked at practical strategies to protect employees’ wellbeing and drive performance.

Stephen felt that many planning organisations approach remote working as a series of operational challenges to solve to ensure continued service delivery. While these challenges are important, they also have to consider how to get employees involved and collaborating.

When Capita’s team of 100 planners started working from home, the immediate priority was to ensure continuity of service. However, over time, the focus has shifted to trying to help them to feel supported, involved and motivated. Stephen asked his audience to consider what lessons they could learn from this period that could help to create a new way of working in future, when people have more freedom, that gives us the best of both the home and office-based worlds.

Stephen explained that technology is an important part of this strategy at Capita. The company has invested in visual management tools such as MIRO and MURAL that give remote staff access to dashboards and workflow information. Inside the office, tools can also be used to display information on the walls, from progress towards a key target, to recognising a team’s achievements.

Alongside technology, managers in the Capita planning teams are encouraged to have daily huddles with their colleagues, and ring fence time to have informal chats with team members. Stephen gave several examples of this, which might be asking generally asking how things are going, or actively seeking feedback on what is working well, and where improvements might be made.

It has become increasingly important to structure time for things like one-to-one meetings with employees, said Stephen. This should include timetabled visits to the office (where permitted) for meetings, training or networking. Capita has also looked at how respite can be built into home working, for example through community team-based volunteering. All of this must be balanced with operational requirements.

The intention is to create what Steven called a “rhythm and routine” to remote working, so that there are clearly defined policies to address these challenges and ensure that employees feel involved and supported.

If this “rhythm and routine” is to succeed, leaders must understand what their team members need to be supported in remote working, and where their individual strengths lie.

During the webinar, David discussed a personality profiling technique known as the Gamechanger Index. This identifies five different personality traits; most of us will have several, with one dominant characteristic.

The personality traits are:

The remote working situation requires some change, but David pointed out that this isn’t completely new territory: “We have actually been doing remote and dispersed teams for a long time and this isn’t new. But what we really need is to look at the human side of the issue, and how that relates to performance.”

The biggest human factor for most organisations in 2020 is isolation and loneliness. A recent survey by RW Training Associates found that 94% of remote working professionals were struggling with feelings of loneliness. A significant number of these people also mentioned that a lack of support and communication from managers contributed to feelings of isolation.

Richard advised managers to “amplify” their management style. “Whatever it is you usually do, do more of it,” he said. While we might worry that we’re intruding or suggesting that we don’t trust them by calling a colleague at home, allowing them to feel isolated is a far more serious risk.

Richard suggested that managers get teams to agree on a set of house rules, that set out what’s acceptable. For example, what time can team members call each other or is it okay to take some time out to walk the dog? Discussing these rules and reassuring colleagues that it’s important to take a break, or unplug from work at a sensible hour, can go a long way to helping people feel supported.

Alongside house rules, the second important aspect of feeling connected to colleagues comes from having a shared purpose, and visibly making progress towards it. Richard suggested conducting a team audit, and identifying goals and aims for the next month, quarter and year. This gives teams confidence that they have a defined purpose, which can be hugely reassuring during a time of great uncertainty.

These steps are important even if your team is currently performing well. Richard compared this to the performance of top athletes. Even if they’re at the top of their game, they invest in expert coaching and support to keep their performance at that level. “We really just need to start thinking outside the box and actively seeking out ways to keep people engaged and connected,” he said. Getting public funds into the right hands