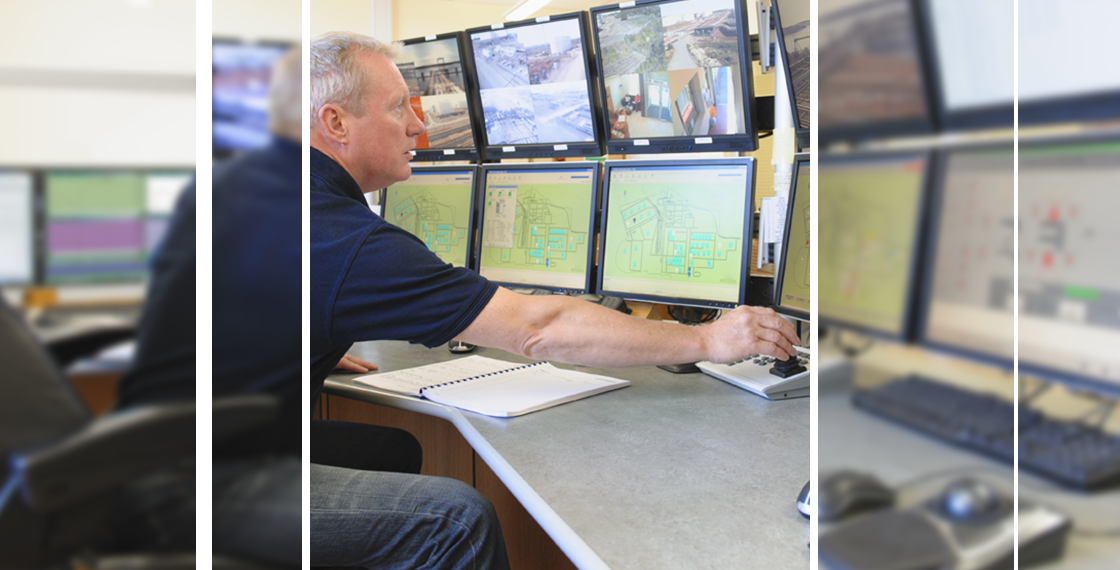 Emergency services across the UK can now exchange details of incidents with one another quickly and accurately – and Capita has been there right from the start.

When major, complex incidents such as the Manchester Arena bombing happen, it’s vital that the different emergency services involved can communicate with each other quickly, efficiently and accurately.

This enables them to respond effectively to such events as they unfold, getting the right people and equipment to the scene quickly enough to prevent them escalating and to save lives.

But several emergency services sharing information about incidents with each other orally can have its risks – control room operators have to try to contact their counterparts at other emergency services while taking phone calls from the public, and they may not be able to get through immediately – and this can have a significant effect on their response.

To address these risks, the Welsh Government, Welsh unitary authorities, the Joint Emergency Services Group and the Cabinet Office agreed in 2011 to develop a methodology that would allow emergency services to share information about incidents electronically, underpinned by a national database of accurate addresses.

The DEIT project developed the infrastructure and relationships needed to allow Welsh public services to share information across the Public Sector Broadband Aggregation network. And when it became clear that it could benefit the rest of the UK too, the Cabinet Office, the National Police Improvement Agency and technical suppliers – including Capita – joined the pilot.

The DEIT pilot project produced some astonishing results, perhaps most significantly that, when public service providers share information about incidents with each other electronically, they cut the time it takes to mobilise multiple responders from more than four minutes to just 16 seconds1.

It also demonstrated that it’s possible to significantly improve the quality of the data that the emergency services hold, which makes them more efficient, and that police forces and councils can exchange information more effectively electronically.

And it has allowed emergency services to tackle their long-standing reluctance to share information by creating a protocol. This has created an environment in which organisations can securely and effectively share location-based information, such as violence at work registers and vulnerable people registers, that goes beyond simply transferring incident details.

Since the DEIT project piloted successfully in Wales eight years ago, the Government has collaborated with British APCO (the UK’s leading association for professionals working with in public safety and civil contingencies communications and information systems), users and suppliers to develop the Multi Agency Incident Transfer (MAIT) Version 1.0.0 standard2 for emergency services to share electronic incident records.

MAIT is mainly for use by police forces, ambulance trusts, fire and rescue services, local authorities and Her Majesty’s Coastguard. Other organisations such as Highways England and voluntary groups can also use it to receive relevant information.

As well as drastically reducing the length of time it takes to log and respond to emergency calls, the MAIT standard:

It does this by connecting emergency services’ command and control solutions to a centralised, cloud-based hub, through which the details of an incident can be shared, automatically or manually, with all the relevant agencies. It cuts out the need for control room operators to contact each agency separately, with all the attendant risks of getting information wrong, failing to share vital details with everyone who needs them or not being able to get through to other control rooms quickly enough.

It also allows emergency services to log calls about incidents for each other at peak times, to share better-quality, more accurate data, and to be more aware of incidents through having a common operating picture. Freed from the administrative burden of logging and sharing incident details by hand, control room operators can have longer, more detailed conversations with members of the public - or answer other calls.

And it’s backed by the people responsible for critical communications information systems across the UK. British APCO encourages all suppliers to incorporate it into their control room systems.

John Anthony MBE, British APCO’s president, said: “When you’ve got a major incident happening, the number of calls coming in [to the control room] and between control rooms is astronomical. Being digitally connected takes away a whole layer of headache from the incident, from a command point of view, because everybody’s well informed.”

Improving outcomes for emergency services and the public

The national hub is now in place, ready for agencies to connect to and use, and the Home Office is requiring every supplier of control room software to include the MAIT standard in its products. As the only supplier that has been involved with this project from the very beginning, we’ve played a central role in developing and thoroughly testing this significant advance in the UK’s emergency services’ ability to respond to major incidents – we enabled our Vision 5 command and control software to connect to the hub last year.

We’re now about to embark on a phase of operational testing with our clients that are early adopters of the system. We’ve used our decades of knowledge and experience of how command and control systems work to ensure that the MAIT interface delivers the very best outcomes for the emergency services and the public who need them to respond to calls for help as quickly and effectively as possible.

Matthew Leat, Head of Infrastructure at HM Coastguard, is very clear about the benefits for his organisation and the people who call on it: “When I joined HM Coastguard in 2010, an issue we were having in London was the time it took to transfer calls between the different emergency services – seconds matter when it comes to people being in the water and possibly drowning.

“We put DEIT in and then connected to it 2012, just before the London Olympics. We’ve seen huge benefits in being able to electronically transfer information from service to service. Incidents are passed to us in a timely manner and, using this information, we’re able to send rescue assets to the scene much quicker – that’s probably saved lives.

“It’s about sharing vital pieces of information quickly and efficiently. At times of high demand, during major incidents like the Grenfell Tower fire or the Manchester Arena bombing, that’s essential.”

Darryl Keen, Chief Fire Officer at Hertfordshire Fire and Rescue, chairs the national 999 Liaison Committee. He says MAIT will “make existing processes quicker” by taking out the human element. “I believe it will reduce mobilising time, reduce the burden on control centre staff and reduce the risk of human error by providing electronic data transfer,” he added.

MAIT represents a huge leap forward in the way that the UK’s emergency services deliver the best possible service to the public. And at Capita, we’re proud of being there every step of the way. What implications does the Building Safety bill have for the NHS?