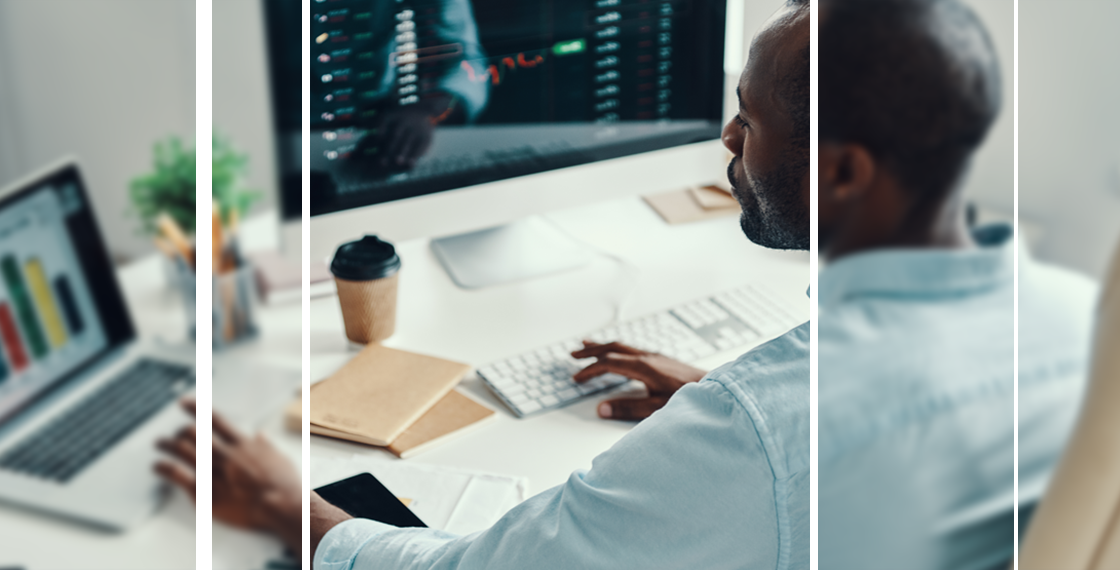 Seizing the opportunity with data and AI

In these complex times, data-driven decision-making has become ever more important.

In the fated Apollo 13 moon-shot, the astronauts were forced to improvise to survive a fire and return safely to earth. Without sufficient power or oxygen for a direct return in the command module, the astronauts retreated to their life raft in the lunar module and plotted a slingshot course around the moon. A hastily improvised air filtration system using duct tape and parts plundered from other systems, and a few improvised course corrections, miraculously saved the day. The original moon-shot had to be abandoned, the men were cold and exhausted, but they had lived to fly another day, and redefined what was possible given existing gear and procedures.

In the last six months, most companies have seen their moon-shots turn into slingshots around their original targets, digging deep to adapt and find the resilience for brutal survival missions. The cause has been not a freak fire in an oxygen tank, but the Covid-19 virus. And instead of a few astronauts stranded a quarter million miles from earth, the entire planet has been affected.

The ongoing digital transformation of business and society has been shifted into overdrive by the Covid-19 pandemic. Consumers, employees and citizens across all demographics and sectors worldwide are embracing an array of digital activities and technologies in their personal and professional lives. Covid-19 created an environment where normal barriers to decision-making were torn down. Decisions were made at pace to solve consumer needs. Now that the original crisis has been survived, it is time to take stock and consider the lasting changes that should be made to create ongoing agility and resilience and to seize the opportunities created by the crisis.

In these complex times, data-driven decision-making has become ever more important. “Insights-driven” businesses grow at an average of more than 30% each year and are predicted to take $1.8 trillion annually from their “less-informed peers”.

As the rate of change and complexity increases, long term plans and waterfall project approaches become outdated before they can even be implemented. Instead, an agile, data driven approach to decision-making is required. Companies need to chart a course for their moon-shot and then constantly course correct, based on real-time analytics and AI-assisted decision-making. The flood of enterprise data coming from production systems, customers and the environment, can no longer be left to dissipate or be stored in siloed data lakes, these assets must be utilised to create actionable insights to produce better business outcomes. To be the fuel for their business rockets.

Both sides of the debate between automation and augmentation, which has been going on since the 1950s, have received support in the months since Covid-19 began to re-make our society. As objections to digital technology and remote working were swept aside, companies found that automation could reduce the human cost of performing routine actions while removing people from harm’s way. Artificial Intelligence could be used to make sense of vast data sets and carry out routine decision-making tasks.

However, the importance of the human in the mix has also come to the fore with the failure of high-profile algorithms, such as the A-levels fiasco in the United Kingdom. Companies need to compliment the use of AI to amplify the quality of human decision-making – by hiring people with complimentary skills and the right attitude. People who can embrace and understand the value of artificial intelligence while bringing the human, intuitive aspect, empathy and experience to decision-making.

The need to democratise access to quality data and insights across all levels of society and of organisations has come to the fore as Covid-19 revealed the effect of the digital divide on access to business continuity, education and health services. Companies are also finding that data insight should not purely be the domain of their data scientists, as all teams need access to data and the ability to apply their domain intelligence at the point of value and customer interaction.

Therefore, the focus should be on augmenting human decision-making at all levels of the business with accessible, data-driven insights, rather than replacing humans with algorithms and concentrating AI and data power in the technology or finance functions. In this way, companies can turn their slingshot survival plan into a re-defining moon-shot as they seize the opportunities of the new era. As the Chief Data Scientist and Partner in Capita’s new consultancy practice, Doug brings over 26 years of extensive practical experience of delivering award-winning digital/Big Data transformation projects gained from working at leading advisory firms and start-ups both in Europe and the US.