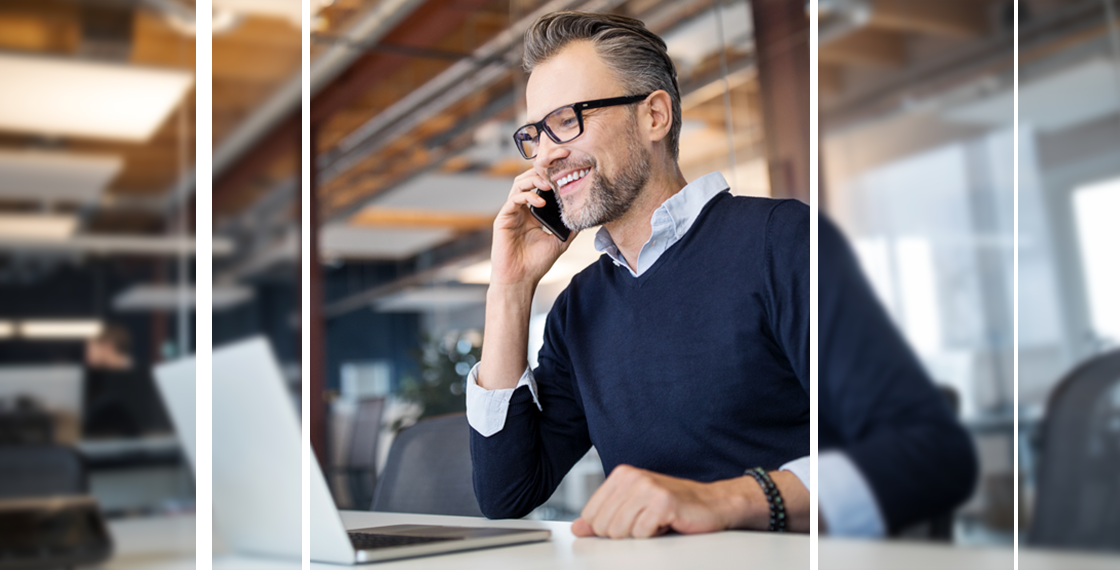 Breaking your own mould is key to innovation

Businesses today are more inventive, creative and bolder than they have ever been before.

They’ve had to be. We are living in a moment where there is no ‘playing it safe’ – and where doing nothing is often the worst possible option.

Much of the time, success seems like a roll of the dice. It’s difficult to disentangle whether today’s most successful icons are accurately predicting the direction of travel and are simply ahead of the game, or whether these businesses are now so agile that they can pivot rapidly when they see a competitor with a good idea.

On one level, there’s evidence for both. Data is both readily available and – more importantly – easily mined using AI, so finding hidden trends and opportunities in the market is routine. And because it is evidence-based, it is that much easier to gain financial backing from the Board for new ideas.

At the same time, the growth of platforms, opensource software, cloud-based infrastructure and the consumerisation of social media has given businesses exceptional levels of agility to diversify, and where necessary, to fail fast.

But let’s be honest here, this is going to do little more than keep you in the game. When you look at those companies that have seen truly meteoric success, they have done so by changing not what they do, but their entire perspective on the role of their organisation not just in the market but in society as a whole.

Amazon is a great example. In many ways it is the example.

Covid is forcing businesses into this mindset. Crises have always been a catalyst for change, and this pandemic has been no exception. Businesses that have met this challenge head on are those that have taken learnt from Amazon, that have broken their mould. Let’s look at some examples.

LMVH, the company behind Dior and Louis Vuitton, is just one of the perfumeries and distilleries that converted their plants to make hand sanitiser for hospitals at no cost. BrewDog, the UK brewer, has launched its own Punk Sanitiser for the NHS, and Anheuser-Busch and smaller distilleries have answered the call in the US.

In the US, Cruise, the autonomous car division of General Motors, recently brought its self-driving cars out of dormancy to make food deliveries around San Francisco for two local food banks. Under current regulations, self-driving cars are deemed non-essential and aren’t allowed to be on the roads. Helping the organizations frees up food bank workers to better serve clients and allows Cruise cars to be on the roads.

3. Hotels adapt their service by offering day rates for WFH employees / undertake CSR with rooms for the homeless

Hotels are nearly empty, and many employees working from home have run out of space (and patience). Creating a solution for two problems, Red Roof hotels started offering day rates for remote workers. For as low as $29 a day at some locations, remote workers can have private access to a hotel room turned office suite, complete with fast internet and a quiet atmosphere. And in London, Mayor Sadiq Khan and IHG (Intercontinental Hotels Group) designed and stood up initiatives to offer empty hotel rooms to the homeless; which extends the catalyst of crisis from simply thinking about our customers, to also thinking more broadly about our society.

4. Restaurants enter the grocery market by using of assets and infrastructure

Even simple trips to the grocery store are now more difficult than before. Restaurants have access to fresh produce and need a revenue stream. Many restaurant chains, including Leon’s and Subway have begun selling fresh groceries. Customers can order items like ready meals, sauces and ingredients to pick up alongside their restaurant orders. This service has provided a much-needed lifeline to restaurants.

My point is this: that as business leaders we should not be dependent on the next crisis to build innovation. If businesses can adopt the right culture, the same relentless approach to the pursuit of change, can continually look at their organisation with a different perspective, then they can and will be their own catalysts for change.