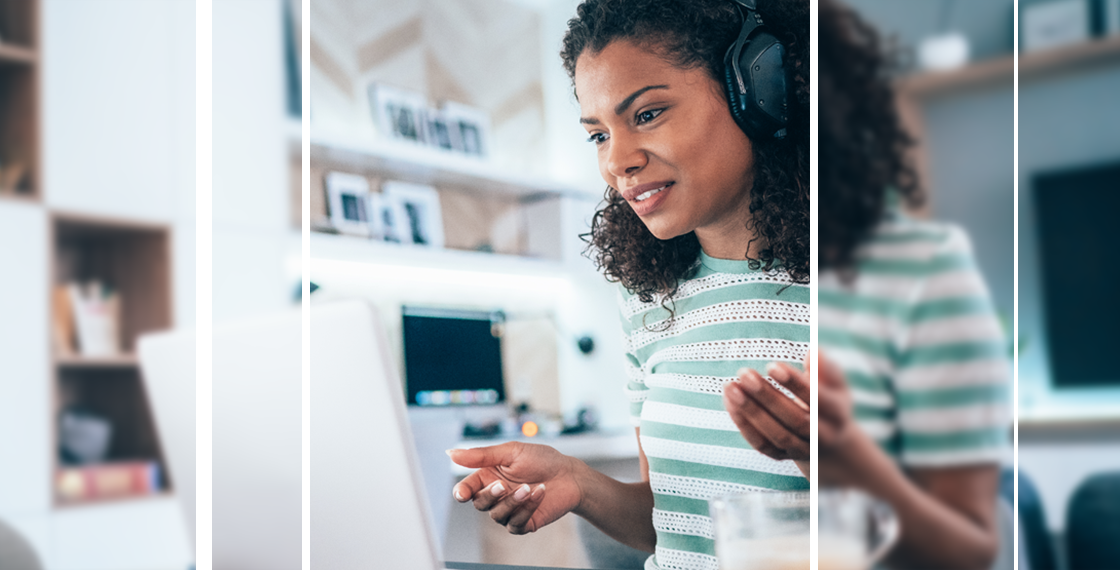 The Great Opportunity?: seizing the opportunity with exponential change

The seismic shock of Covid-19 has created a once-in-a-lifetime opportunity for governments and businesses to re-imagine their relationships with citizens, customers and employees.

However, there is a bumpy road ahead and organisations need to fundamentally reorganise themselves to navigate the uncertainty and rapid change to come. As Patrick Gormley, Head of Capita Consulting says: “The scars of 2020 are going to linger for a while.”

The changes we are seeing in 2020 are different in many ways to what happened in response to previous shocks such as the 2008 economic crisis. Firstly, people’s expectations have shifted fundamentally and will not return to the way they were. Citizens and customers have embraced the convenience of online shopping and digital services and expect every digital experience to be Silicon Valley-slick. Employees expect to be able to work from anywhere with more flexible hours and are exploring global opportunities. Students are looking around the world for the best online courses and teachers. And patients are getting used to the idea that they need not necessarily visit their GP in person.

At the same time, behaviours and attitudes are shifting in more troubling ways: people are afraid to spend in the face of uncertainty over the course of the virus and its economic fallout; trust in institutions has fallen as governments struggle to get out of crisis mode and companies are forced to lay off employees; and more people have become vulnerable due to job losses, reduced income, illness and lack of access to support during lockdown.

Organisations that rapidly move to address these concerns and seize the opportunities created by the new expectations will be able to create new value propositions and operating models that propel them ahead of their competitors. And they will be able to tap into technology and a global talent pool in ways that completely re-imagine productivity.

Secondly, the geographical scope of the change is unheard of. Every part of the global economy and almost every person on the planet has been affected. The world has been brought together by shared challenges and the widespread uptake of technology such as video calls and real-time collaboration software. As Chris Cartwright, Head of Critical Infrastructure at Capita Consulting, points out: “For any business that wants to go global, the opportunities are fantastic.”

And yet, globalization in the form we have known it for the last few decades has also taken a knock. The response of some governments to the virus has been more successful than others, and the world’s centre of gravity is moving in response. “We’re almost at a geopolitical shift that’s going to move now from the US to Asia. The rush to offshore will reverse,” as Patrick Gormley notes. Brexit and US trade policy have also created new dynamics. Companies that configure their supply chain, workforce and markets to take advantage of the intricacies of this global realignment will thrive.

Within the UK, the crisis has underlined the need for investment in regional economies and reduced the need for workers to migrate to London, given that working remotely has become widely accepted. The recent controversy over the targeted implementation of the three-tiered lockdown levels, and how to compensate regional economies, has underscored the sensitivities at local level.

Thirdly, the effects of the impact have been extremely uneven from sector to sector. International travel appears to have been irreversibly devastated and leisure has yet to recover; on the other hand, financial services and consulting businesses were able to keep trading throughout the crisis, although they had to rapidly make changes such as increasing remote work. And Big Tech has thrived – Microsoft, Google, Netflix and others have seen surges in revenues and market capitalisation. Organisations will need to re-appraise the sectors in which they are most likely to find growth and profitability in the post-Covid world.

Fourthly, the rate of change has been breathtaking. Take the move toward cloud computing as an example. As Gavin Goveia, Cloud Platforms Lead at Capita Consulting, explains: “Before the pandemic fewer than half of workloads were in the cloud; now that has gone up to two thirds and the prediction for next year is 94%.” In this climate of accelerating change, speed of execution and the ability to iterate and learn at pace are a key competitive advantage.

Fifthly, people are now more important than ever, despite all the focus on technology and automation in the preceding decade. Mel Christopher, Transformation Guild Leader at Capita, points out that “no matter how smart and simple digital collaboration has been to this point,” what is key is “an essential element of human connection”. The crisis has also shone a light on human frailty and the need for skills development: “As always, humans are the weakest link in the chain of cyber security, and training is a very effective way to plug the gap,” says Kevin Nicolas, Government Services Lead at Capita.

Finally, Covid-19 may have kickstarted a process of never-ending change and uncertainty. As Doug Brown, Data Science Lead at Capita, points out, “There is no new normal. That’s the point. Everybody is trying to get to the point where we will be stable again and actually it will never be.”

This means that organisations need to find ways to create ongoing resilience. As Chris Cartwright notes: “As our critical infrastructure faces new challenges and comes under new pressures, we have to ask ourselves the question: how do we redesign the new level of service that is needed, and how do we create in-built resilience around that service?” Crucial factors will include cyber security, robust redundancy, real-time analytics and people who can bounce back from adversity.

So, is the change irreversible? Perhaps not. Some organisations could slide back into old ways of doing things once the crisis has passed. However, citizens and customers, having had a taste of a digital future, are unlikely to look back. And talent will flow to the organisations that meet the new expectations of employees for working life. Organisations which pass up the opportunity to hit the re-set button may find themselves becoming less relevant.

The truth is that we can’t know for certain what the new world will look like. We can expect ongoing waves of change, and the successful organisations will be the ones that move rapidly to reorganise themselves to become more agile and resilient so they can pivot quickly without breaking themselves and their people.

The stakes have never been higher. As Patrick points out: “There’s only a handful of companies doing well today. Everyone else has to do a turnaround.”