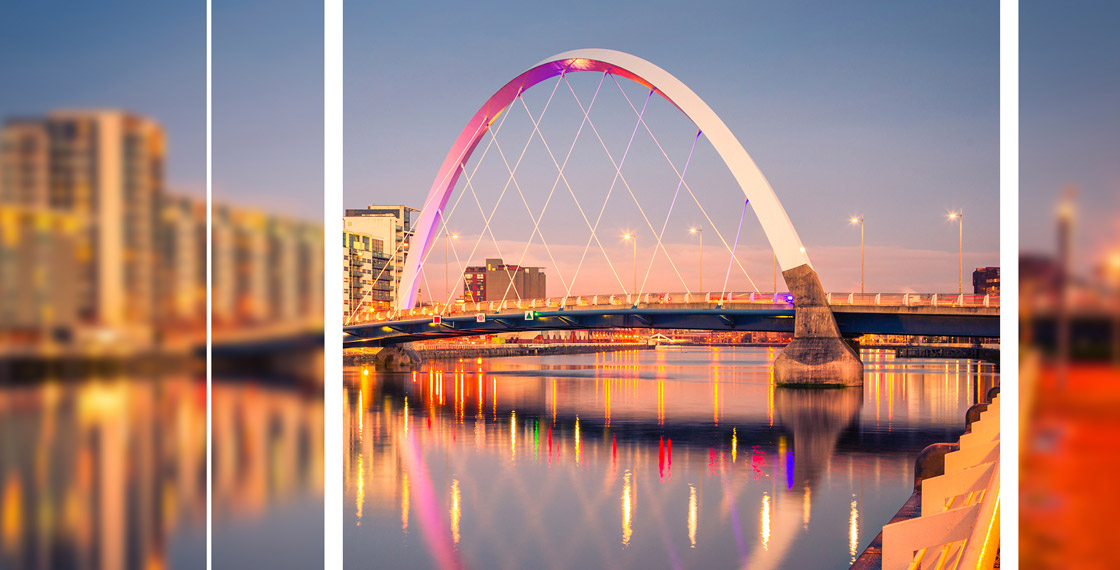 With the Scottish Wide Area Network (SWAN), we’re delivering one of the most ambitious and significant single public sector ICT initiatives ever carried out in Scotland.

Amost a decade ago, an official review of IT in the Scottish public sector, The McClelland Review[1], concluded that Scotland was ‘lagging behind’ in its use of IT. The report recommended that a national, overarching IT strategy was introduced. In response, the Scottish Government launched a new digital strategy[2] in 2012, and refreshed that plan[3] in 2017.

In response, SWAN was one of the first major initiatives to be launched by Scottish Ministers in support of the national digital public services strategy.

In 2014, Capita was awarded the contract to build and run SWAN, establishing a single shared network and common ICT infrastructure across Scotland’s entire public sector.

Now, in 2019, SWAN connects over 50% of all public sector bodies across the mainland and islands to some of the most geographically challenging areas in Scotland. That’s more than 6,000 sites, including every hospital and ambulance station, as well as pharmacies, GP surgeries, nurseries, schools and local councils.

SWAN is bringing reduced costs, improved service and the ability for different organisations to share vital data and work together to better serve Scottish citizens. The framework has already delivered £30m worth of savings to the Scottish government.³

In its 2018 annual customer satisfaction survey, SWAN member organisations praised the service for stability and reliability, value for money and enabling collaboration between public sector bodies.

Also in 2018, an independent benchmark declared that SWAN provided members with good value, both for prices and service level agreements when compared with other similar contracts.

It brings transformational and future-proof gigabit-speed services to schools, libraries, offices, hospitals, health centres and university campuses to Highland locations in SWAN, benefitting nurses, schoolchildren and lecturers, among many others.

NHS National Services Scotland is the managing authority for the contract and has worked closely with Capita, Scottish Government, independent industry experts and SWAN members to drive digital services across the country.

James Pocock, Chair of the SWAN Management Board, said: "SWAN is now a well-established cornerstone of cross-sectoral collaboration across the public sector in Scotland. Digital services are now the default for all public sector bodies in Scotland and SWAN is well placed to be adapted and enhanced to keep pace with the increased expectations this will bring across the country."

The future possibilities of the Internet of Things

In 2019 we announced, in conjunction with the SWAN Innovation Forum, the proposed roll out of Internet of Things (IoT) capability across SWAN.

With the existing infrastructure already in place across the country, SWAN has the unrivalled ability to deliver an IoT network to a wide geographical area at a speed otherwise unachievable. The SWAN IoT capability for the public sector in Scotland underpins key government agendas by providing better and more accurate data on factors including water levels, air quality, footfall analysis and additional analytics for future health and social care services. The solution is enabled by IoT technology from Cisco and other partners of choice deployed across the network.

Following agreement with the SWAN Authority and SWAN members, Capita has created a ‘Living IoT Lab’ which allows organisations to see IoT devices in action, the information they can provide and sample applications with real uses. The hands-on visibility of the building blocks and the chance to experiment is an ideal way to illustrate the capabilities and to promote creative thinking on how organisations can develop and deploy IoT solutions to support their strategic goals. “We are delighted to further our relationship with the SWAN members and the deployment of IoT across the nation demonstrates the value of SWAN in support and the delivery of the Scottish Government Digital Strategy. We are confident that the introduction of IoT will lead technology innovation in the public sector and transform the public services delivered across Scotland.”

We are one of the largest IT organisations in the country, dedicated to supporting thousands of customers across the UK.

Capita is a leading force in the construction of the UK’s roads, rail networks and buildings.