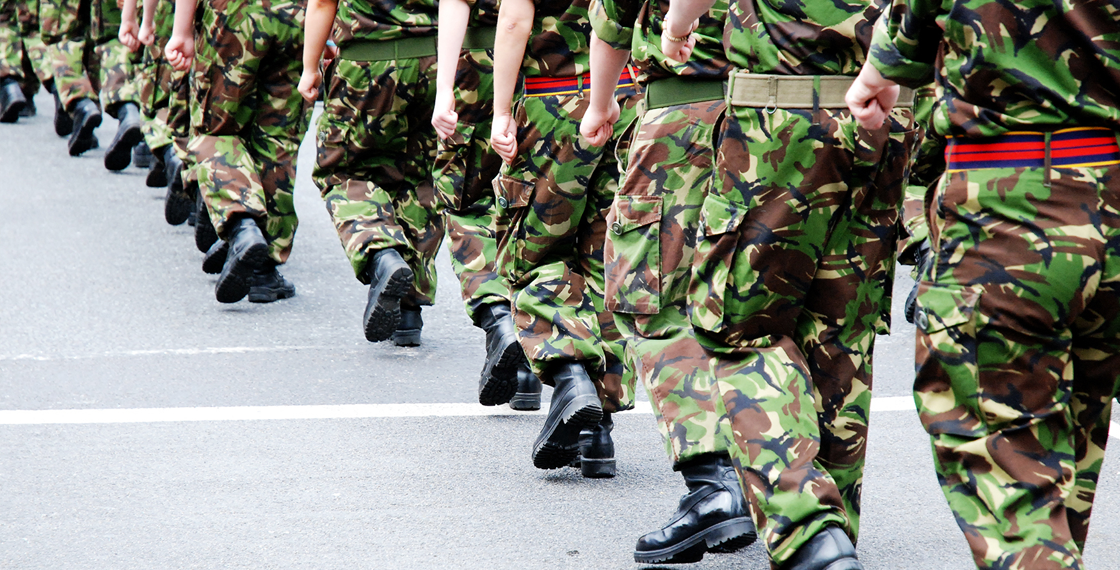 How Capita and the British Army reinvented the Recruiting Partnering Project

Capita is undoubtedly an organisation with a good deal of its DNA in defence and security.

We have worked with the Ministry of Defence for over a decade, and in January 2021 announced the latest demonstration of our MoD pedigree with a 10-year defence training contract with the Royal Navy. None of our recent successes in defence, however, could be possible without initially failing before succeeding with the Army – a mantra that the Army itself is currently promoting in its latest recruitment marketing campaign.

Capita and the Army, through genuine partnership and a shared thirst to succeed, have delivered one of the greatest project transformations in not only MoD, but UK government contracts. Here we discuss just some of the challenges, learnings, and brilliant outcomes we’ve delivered through the Army’s recruiting partnering project.

The recruiting partnering project incorporates the entire scope of Army recruiting, including:

Capita and The Army faced a cacophony of challenges when the project first commenced in 2012. The UK’s economy was in rude health and enjoying a period of historically high employment, which naturally reduces consideration of an Army career and minimises the talent pool from which to select recruits.

Additionally, the proportion of 16-24-year-olds in the UK was at a record low, meaning competition among recruiters was extremely high, further reducing the Army’s share of mind amongst its target audience.

Between 2012 and circa 2015, societal and cultural evolutions were also contradictory to a traditional military career. For example, with more career choices available for 16-24 year olds at that time, there was a proportionate increase in expectations around salaries, the freedom to sector-hop, and job flexibility – with target demographics less willing to consider the Army’s traditional ‘career for life’ culture.

Within the Army, difficulties were further exacerbated by the cultural belief that ‘it takes a soldier to recruit a soldier’. This was still a very strongly maintained mantra in 2012, and one that was proven to be more limiting than many other factors.

Capita and the Army collectively transformed recruitment by pushing a ‘project reset button’, but the key was the cultural change in both organisations. Instead of trying to succeed individually, both partners instead focused relentlessly on winning together.

At the most senior levels in both organisations, Capita and the Army set shared ambitions, establishing a set of joint demands and dual KPIs. We doubled-down on improving our relationships, ensuring that the brilliant individuals within our organisations established unprecedented levels of trust, support and partnership within our collective team.

There was a cultural shift away from Capita being challenged to achieve targets to a collective recognition that both parties shared responsibility for our communal failures and successes. We also implemented key changes to a traditionally highly rigid recruitment process, such as introducing much greater flexibility in training course timings, and empowered candidates with more options and opportunities for success.

Tactically, we introduced a plethora of changes to the project, which had hugely positive impacts. For example, we reviewed and re-appointed over 500 recruiters into the Army’s 60 plus Careers Advice Centers across the UK, marking a real step-change in military recruitment professionalism and successful nurturing of candidates. Our ‘mystery shopper’ scores pre and post this program demonstrated the huge leaps in positive candidate experience that it delivered. We created new levels of insight, with data and intelligence on the end-to-end recruitment experience - from initial candidate engagement through to completion of training. This was essential in shaping a data-led recruitment process that met the Army’s needs as well as the expectations of applicants. It also supported our recruiters in providing highly tailored candidate nurturing.

The introduction of our defence recruiting system in 2017 also marked a crucial turning point. This is an applicant tracking platform, enabling the recruiting partnership to operate in a new way – one that resonated with millennials and young applicants. It also provides unprecedented levels of data and insight from the individual candidate level, right through the entire recruiting pipeline.

It would be impossible to discuss the successful turnaround in army recruitment without mentioning the impact that marketing had, and continues to have, on Army recruitment. In 2016, we undertook a strategic review of all components in the Army employer value proposition before creating a new communications strategy to build both awareness and confidence in Army careers. This led to the globally famous and multi-award winning ‘This is Belonging’ campaign, which has now been running for over 4 years. This world-class promotional campaign continues to tackle many stereotypes and traditionally contentious issues head-on, particularly ethnicity, gender and sexual orientation, and has transformed the numbers of applications from nearly all demographics and target groups.

Today, Capita and The Army have a great deal to be proud of. Together, through true partnership and the ability to continuously learn, unlearn and relearn, we have built a hugely successful recruiting partnering project which boasts an increase in candidate applications (pre-pandemic) of over a third, with Soldier and Officer recruitment operating at 100% of target for the past two successive years.Additionally, candidate experience scores are higher than ever – despite the Covid-19 pandemic, with 93% of candidates in 2020 saying their experience was good or excellent.

In terms of Capita’s partnership with The Army, both organisations have reported unprecedented levels of respect and trust from operational level up to the highest levels in the MOD and wider UK Govt. We have embraced a new partnership ethos that enables all challenges and opportunities to be addressed on a single Army/Capita basis, where blame is replaced by ingenuity and a solution-mindset.

Looking back at the recruitment partnership, we see a remarkable journey of discovery, transformation, true collaboration, absolute trust, and the sense of achievement that only comes from winning – together. Switching to digital delivery to help 8,000 apprentices continue their learning

3 mins read
We support over 8,000 apprentices to achieve their respective apprenticeship programmes every year across a broad range of subjects. Capita and the British Army – Transforming recruitment in partnership

3 mins read
We’ve been partners with the British Army since 2012 to deliver the end-to-end recruitment and training of all British Army military personnel. 2 mins read
Mobilising a resilient and responsive workforce in less than 2 weeks to ensure minimal disruption to customer services. 15 mins read
Many business leaders see the 'human to hybrid' transition as their most important strategic challenge in the next five years.
Read more